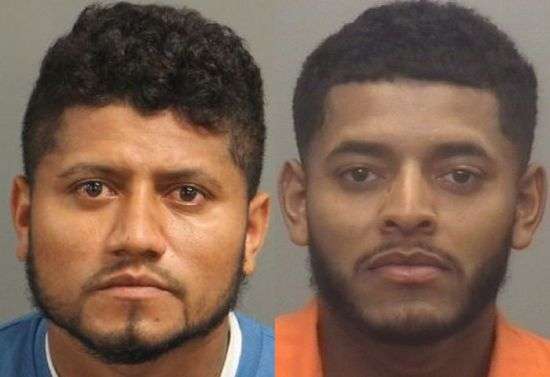 Two men identified as brothers were apprehended in Burke County this week, one has been charged in connection to the fatal shooting of a Wake County Deputy. 29-year-old Arturo Marin Sotelo of Apex has been charged with murder.

The charge is in connection to the death of 48-year-old Ned Patrick Byrd. Byrd was a 13-year veteran law enforcement officer. He was fatally shot in Raleigh in the late evening hours of August 11. Another deputy found him shot outside of his patrol car. Byrd had responded to a domestic call earlier in the night less than a mile away from where he was found.

Sotelo was one of two men taken into custody after the North Carolina State Bureau of Investigation requested that the Burke County Sheriff’s Office assist in a traffic stop on Interstate 40. The men were apprehended Tuesday (August 16). Also charged after the traffic stop was a man identified in federal court records as 25-year-old Alder Alfonso Marin, who now is facing a federal weapon charge stemming from a July 2021 traffic stop in Chapel Hill. He is identified as Alder Marin Sotelo in Forsyth County Jail records.

According to published reports, a truck connected to the fatal shooting of the officer was found and picked up in Winston-Salem Wednesday (August 17). The reports say the truck, which was reported to be white by police, was said to have been painted red before being picked up and taken back to Wake County.

Sotelo appeared in a Wake County courthouse on Thursday (August 18). He was placed in jail without bond and has a court date September 8. Marin made an intial court appearance in Winston-Salem Wednesday on a federal gun charge stemming from that 2021 traffic stop. He is being held in Forsyth County under no bond.