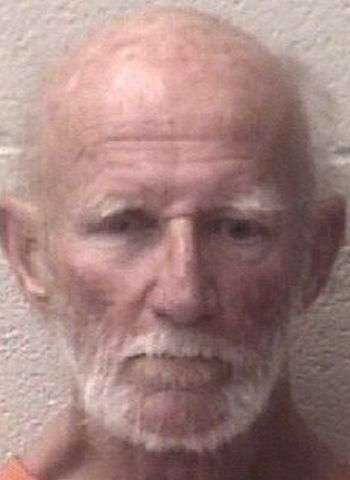 An Alexander County man who allegedly fired shots at police during an incident three years ago is on trial this week in Superior Court. 70-year-old Ralph Walter Aldridge is charged with seven counts of attempted murder among other charges. He was arrested following a reported standoff with police in 2018, which was previously reported on WHKY.

On October 6, 2018, at approximately 12:00 a.m. Alexander County Sheriff’s Office deputies and Hickory Police Officers responded to an address in the Bethlehem Community in reference to an involuntary commitment. The commitment papers were the result of an incident during which the alleged offender made threats to shoot at Frye Regional Medical Center.

Prior to officers arriving at the residence, the alleged offender, Ralph Walter Aldridge, reportedly made threats to shoot officers if they came to his home. When officers arrived, they initiated conversation with Aldridge over a loud speaker in the patrol car. He told the officers to come on up to the residence and he would speak to them.

After saying that, he allegedly fired a weapon at the officers, striking a patrol car. The officers backed out of the location and took cover. Aldridge continued to issue threats, and called emergency communications to tell them if police came to the door he would blow their head off. Officers heard several more shots but could not see the offender.

The Alexander County Special Response Team and members of the Catawba County Sheriff’s Office, responded to the scene. Officers made numerous attempts to get the suspect to surrender. He reportedly continued to issue threats. Hickory Police Officers blocked the driveway coming into the residence.

At around 3:00 a.m. on that same date, tear gas was fired into the residence but Aldridge still refused to come out. At approximately 7:30 a.m. officers made entry into the basement of the residence. At that time Aldridge surrendered and was taken into custody without further incident. No officers or Aldridge were injured in the altercation.

Detectives seized a shotgun, a rifle, a revolver, and numerous rounds of ammunition from the house. They also located marijuana at the residence. Aldridge was placed in the Alexander County Detention Center, his bond was initially set at $6,000,000 secured. He has remained in jail since his arrest, bond is now listed at $3,500,000 secured. Jury selection was completed Monday (October 25).