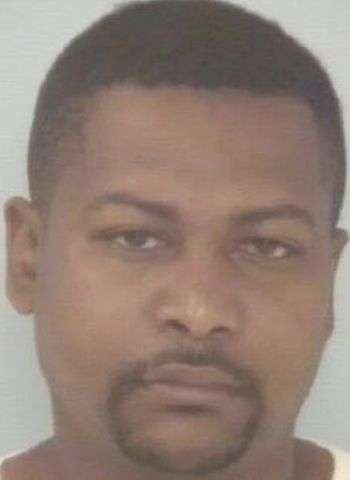 A man who was being sought in connection to the fatal shooting of an emotional support dog turned himself in and has been charged. Markus Levar Connelly turned himself into the Burke County Sheriff’s Office Tuesday afternoon (May 4). He’s been charged by the Morganton Department of Public Safety with two felony counts of cruelty to animals and one felony count of possession of a firearm by a convicted felon.

He’s charged in connection to the shooting of a homeless person’s dog on Sunday (May 2). According to reports, Connelly walked up to the person at approximately 2:30 p.m. Sunday near Jerry’s neighborhood store. The suspect allegedly shot the dog, named “DJ”, who died as a result of the gunshot wounds. Morganton Public Safety Officers received numerous tips through social media, identifying the shooter.

Morganton Public Safety is still seeking information on a white female driver of a Cadillac reportedly involved in this case. Any information on her identity can be emailed to clail@morgantonps.org, or called into Morganton/Burke Crimestoppers at 828-437-3333. Connelly received a $10,000 secured bond, which was posted within minutes. He’s scheduled to appear in District Court on the charges Thursday (May 6).