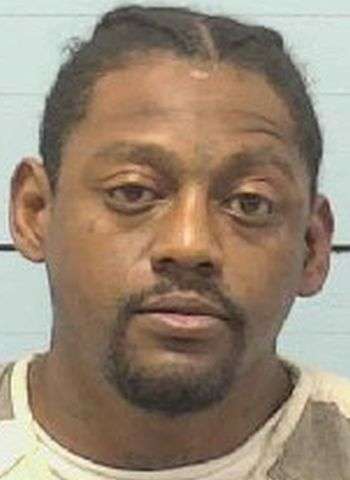 32-year-old Xavier Tyrone Horton was arrested Saturday (April 17) by Morganton Public Safety Officers. He’s charged with felony counts of trafficking in methamphetamine, maintaining a vehicle, dwelling, or place for controlled substance, possession of a weapon by a convicted felon, and possession of a weapon of mass destruction. He’s also charged with misdemeanor counts of resist, delay, and obstruction of an officer and driving while impaired.

Saturday at approximately 3 a.m., Morganton Public Safety Officers were dispatched to the 400 block of Center Street, in reference to a suspicious vehicle. A 911 caller told officers that there was a person slumped over in the driver seat of a vehicle. Officers arrived on scene and found the suspect, Horton, slumped over behind the steering wheel, with the vehicle running.

Horton woke up shortly after officers arrived. Officers reportedly spotted marijuana in plain view and detected an odor of alcohol coming from Horton’s breath. Horton was also found to be in possession of a loaded pistol. Horton refused officers commands during the investigation and allegedly resisted arrest.

A probable cause search of the vehicle reportedly resulted in the discovery of 58 grams of meth, 71 grams of suspected MDMA, ten grams of marijuana, a sawed off shotgun and two additional firearms. A criminal records check on Horton showed he was a convicted felon.

Horton’s bond was set at $116,000. He was released on that bond amount Saturday afternoon. A District Court appearance was scheduled today (April 19).

Investigation Being Conducted Into Incident In Which Shot Was Fired

A Vale, N.C. man, who was reported as missing, has been found in Jacksonville, Florida.…