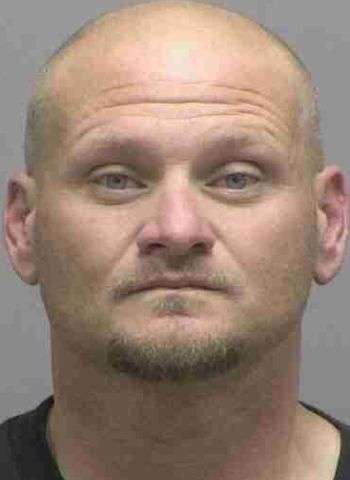 Sunday at around midnight two deputies were parked at Iron Station Elementary School reviewing reports when a vehicle pulled into the parking lot with no lights on. When the driver saw the patrol cars the headlights came on and officers saw a man and woman in the vehicle. They told officers they were searching for a missing dog that ran off.

The vehicle then left the parking lot. The deputies thought it was strange because they had pulled into the parking lot looking for a dog with their lights out. Deputies conducted a traffic stop of the vehicle on Magnolia Grove Road. The two occupants gave permission to the officers to search the vehicle. The deputies reportedly found methamphetamine and a meth pipe in the passenger side door.

Officers also learned that the driver may have broken into several storage units at Denver Mini Storage on North NC 16 Business. Other deputies went to that location and discovered an opening cut in the fence around the business and several storage units broken into and the doors left open. Bolt cutters and broken locks were found during a search of the premises. Officers made an attempt to contact the storage unit renters to determine what was stolen. The vehicle was transported to the LCSO Impound Lot to be processed.

Elliott was placed in the Harven A. Crouse Detention Center under a $57,000 secured bond. He remained in jail as of earlier today (November 16). District Court appearances are scheduled for Friday (November 19), December 2, and December 7. The investigation into the incident is continuing.