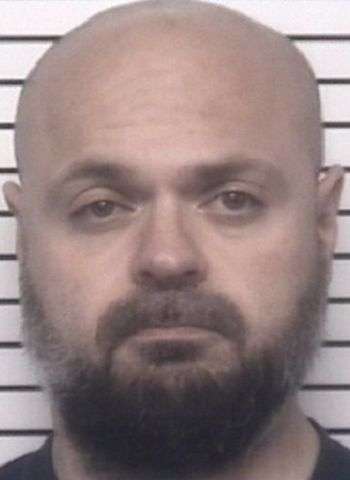 On Monday, Iredell County Sheriff’s Office Road Patrol Deputies responded to a burglary call at a residence in Harmony. The homeowners called 911 and reported that an unknown man had entered their home. When the deputies arrived, they met with and interviewed the homeowners who stated the suspect was knocking at their back door at approximately 2:00 a.m.

When they opened the back door to see what the man wanted, the suspect came running into their home uninvited, pushing past the homeowners and screaming for them to call 911. The suspect, Kirk Alexander Ferriola, had locked himself in a bedroom. Deputies located him hiding in the bedroom. He appeared to be under the influence of a controlled substance.

Ferriola was arrested at the scene without incident. He was placed in the Iredell County Detention Center under $50,000 secured bond. His next District Court appearance is scheduled for April 25.