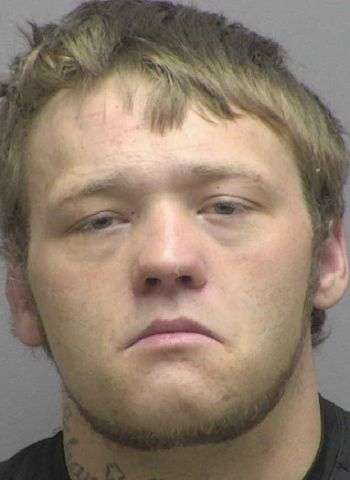 Deputies were responding to a 9-1-1 open line at an address on N.C. Highway 274 Monday night at approximately 11:15. As officers approached the residence they saw a woman standing on a side porch with blood on her face, hands arms, legs and feet. She told officers that she was laying on the couch in the residence when she and her boyfriend, identified as Charlie Austin Costner got into an argument that led to a physical altercation.

During the altercation, the woman told officers she was struck and choked by Costner and lost consciousness. She regained consciousness while on the floor and unlocked her cell phone to an open 9-1-1 line. She said she was unable to speak because the suspect was holding his hand over her mouth. The victim described the suspect as a Mixed Martial Arts or MMA fighter. The victim was transported to Atrium Health – Lincoln for treatment.

Officers checked the residence but the suspect had fled the scene. Warrants were issued charging Costner with attempted murder. He was arrested Tuesday at the Highway 274 residence without incident. Costner was initially placed in the Harven A. Crouse Detention Center without bond. Following a first appearance in Lincoln County District Court, bond for Costner was set at $100,000 secured. He remained in jail under that bond amount as of earlier today (March 31). A District Court date is set for April 20.