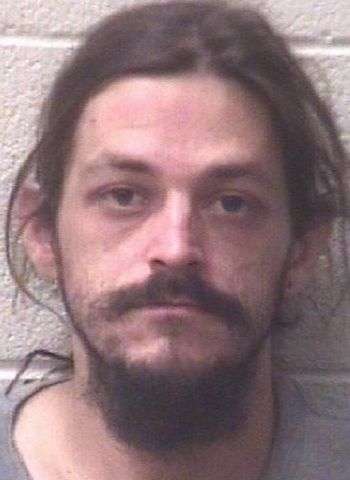 On Sunday, at approximately 6:00 p.m., a Sheriff’s Deputy was attempting to identify a suspicious vehicle displaying an Alabama tag on Pop Davis Road in Taylorsville. The occupant of the vehicle was identified as Dustin Baker Wheeler. Wheeler was found to have outstanding out of county warrants.

While attempting to place him into custody, Wheeler allegedly assaulted a deputy and fled into a nearby wooded area. Additional officers from the Sheriff’s Office, Taylorsville Police Department, and North Carolina State Highway Patrol, along with Alexander County Sheriff’s Office K-9 Bloodhound Remi and her handler responded. A search of the area by officers and K-9 Bloodhound Remi resulted in the location of Wheeler. K-9 Remi is under a year old and has been through numerous training exercises.

Wheeler was transported to the Alexander County Detention Center, where he was placed under a $26,700 secured bond. He remained in jail as of earlier today (September 21). A District Court date is scheduled next Monday (September 26).