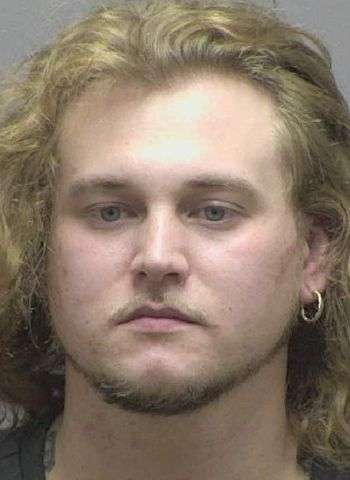 27-year-old Travis Aaron Burrage of Deerborn Lane in Denver, NC, was arrested Wednesday (January 27) by Lincoln County Sheriff’s Officers. He’s charged with felony counts of kidnapping, breaking and entering to terrorize, and felonious restraint, along with a misdemeanor count of injury to personal property.

Deputies responded to a Cowan’s Ford Road residence after a woman reported that her daughter had been taken. The woman told officers she was in another part of the home and went downstairs to check on her 24-year-old daughter. That’s when she discovered the door to the bottom floor had been forced open and her daughter was missing.

Deputies identified Travis Aaron Burrage as a possible suspect. Officers began searching for the man’s SUV in the Denver area. The suspect’s vehicle was located at an address on Catawba Burris Road just inside of Catawba County. The suspect came out of a house followed by the victim. Burrage was taken into custody without incident.

The victim had a large bandage on her head where she had been injured when the suspect kicked in the door of her residence. EMS was dispatched to the scene to treat the injured woman. Detectives secured a search warrant for the residence on Catawba Burris Road where they recovered a firearm reportedly used in the incident.

Burrage was placed in the Harven A. Crouse Detention Center under a $200,000 secured bond. He remained in jail as of earlier today (January 29). A District Court date is set for February 22. Lincoln County Sheriff’s detectives and deputies and Catawba County Sheriff’s deputies investigated the incident.

Man Charged With Sex Offenses Against Minor, Victim Told Police She Was Threatened If She Reported Him