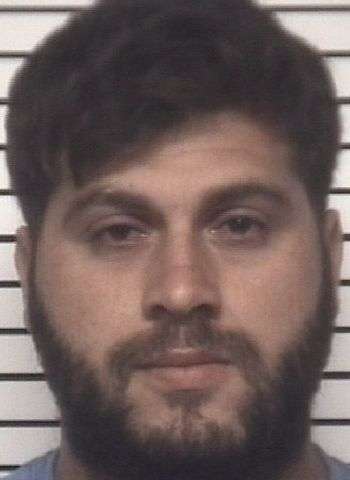 He’s charged in connection to a crash Tuesday morning that claimed the life of his child. Three-year-old Caliu Alexis Alehandro died following the single vehicle crash, which was reported at approximately 1:45 a.m. Tuesday. The child was pronounced deceased at the scene of the incident, which occurred in the 2500 block of East Broad Street.

According to Statesville Police, the child was not in any type of restraint system. The mother of the child was a passenger in the 2003 Chevrolet minivan and sustained minor injuries. According to a published report, the minivan was found on its side in the front yard of a home on East Broad Street.

Iredell County EMS and the Statesville Fire Department responded and treated the two adults. Axian was taken into custody and placed in the Iredell County Detention Center under a secured bond of $500,000. He remained in jail as of earlier today (October 26). A District Court appearance was scheduled today.

[Story courtesy of Rick Gilbert, WACB. Some information from statesville.com]