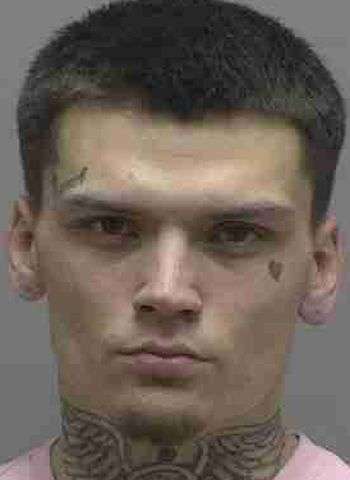 The North Carolina State Highway Patrol charged McCutcheon with no operator’s license, resisting a public officer, aggressive driving, and speeding 120 mph in a 55 mph zone. He was also served with outstanding warrants for obtaining property by false pretenses and probation violation.

Deputies were dispatched to Seagletown Road in Vale in reference to a stolen vehicle. The owner told officers that McCutcheon had stolen her 2012 Subaru after coming on the property without permission. Deputies could not find the vehicle and entered it in NCIC as stolen.

On Saturday (November 21) the victim called Lincoln County 9-1-1 and said she was traveling behind her vehicle near West Express on Highway 27 West. While deputies were searching for the vehicle the Highway Patrol said they had chased the vehicle and the car ran into a field near Howard’s Creek Fire Department. They were able to apprehend the driver after a brief foot chase.

McCutcheon was placed in the Harven A. Crouse Detention Center under a $30,000 secured bond. District Court appearances are scheduled for December 14 and February 19 and a Superior Court date is set for December 8.