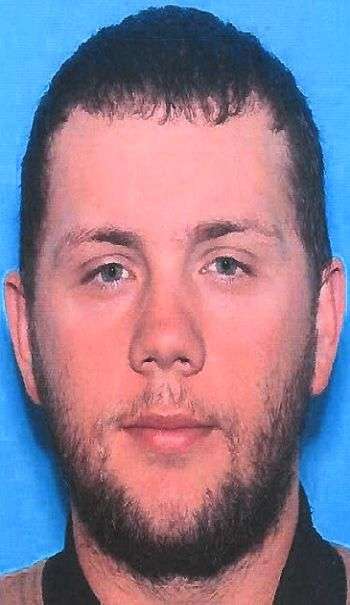 According to information released Tuesday (November 17), last Tuesday, November 10, the Iredell County Emergency Communication Center received a call from a detective with the Yadkin County Sheriff’s Office. Information had been provided by a citizen regarding two men pushing a side-by-side ATV off the side of Tobacco Road near Renegar Road at the Iredell and Yadkin County line.

Deputies and detectives from the Iredell County Sheriff’s Office responded to assist Yadkin County. Once they arrived at the scene they set up survillance on the ATV. A short time later three men arrived back to retrieve the ATV. When the Deputies attempted to stop the three suspects one of the men fled the scene on a motorcycle.
Officers conducted a vehicle stop on the passenger car and identified the two men in the car, one of them was the suspect, Cody Lee Roberts. Detectives discovered that Roberts had outstanding warrants out of Yadkin County and he was detained. A Stihl chainsaw was found inside the car. The chainsaw and the ATV were recovered by the Iredell County Sheriff’s Office to be held until the owner was located.

During the course of the investigation the owner of the ATV called the Iredell County Sheriff’s Office to report the item stolen. This victim checked another building and determined he was missing a Stihl chainsaw. It was established that Roberts was allegedly one of two people involved in the theft of the ATV and the chainsaw.

He was placed in the Yadkin County Detention Center under $50,000 secured bond. A District Court appearance is scheduled for December 14 in Iredell County.