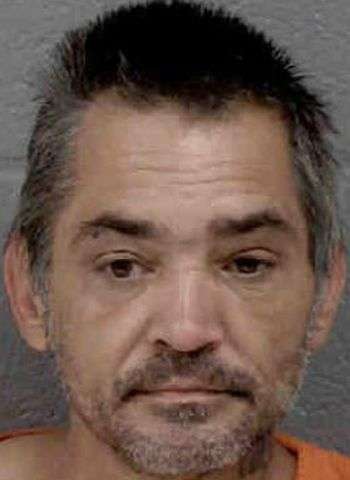 48-year-old Richard Todd Waugh of Bethesda Road in Statesville was arrested by authorities in Mecklenburg County on charges filed in Iredell County. He’s charged with three felony counts apiece of larceny and breaking and entering, two felony counts of larceny after breaking and entering, and single counts of felony obtaining property by false pretense and misdemeanor first-degree trespassing.

On June 17, 2021 Iredell County Sheriff’s Office Patrol Deputies responded to a larceny on Covedale Court south of Troutman. The victim told the deputies the suspect was a white male driving a gold Pontiac passenger car, and was seen on video footage taking a package from the front porch of the home.

The next day a report was received from the Exit 42 Self Storage on Houston Road near Troutman. When deputies arrived, they learned several storage units had been broken into. Video footage from surveillance cameras showed a white male who was in the gold Pontiac passenger car breaking into the units. It was verified that the suspect was the same person at both crime scenes.

Another break-in was reported at Rowboat Dock and Dredge on Williamson Road near Mooresville. Surveillance footage was viewed and the same suspect was also responsible for this crime as well, this time a large amount of tools were taken.

The suspect was identified as Richard Todd Waugh of Statesville. Detective Sherard interviewed associates of Waugh and confirmed he was driving a gold Pontiac Grand Prix. It was learned that Waugh had pawned tools in Statesville. The items were recovered.

Last Thursday, June 24, Waugh was found sleeping in the Pontiac Grand Prix, and he was arrested by authorities in Mecklenburg County. Waugh was given an $11,500 secured bond by a Mecklenburg County Magistrate. Iredell County District Court dates are scheduled for July 14 and July 23.