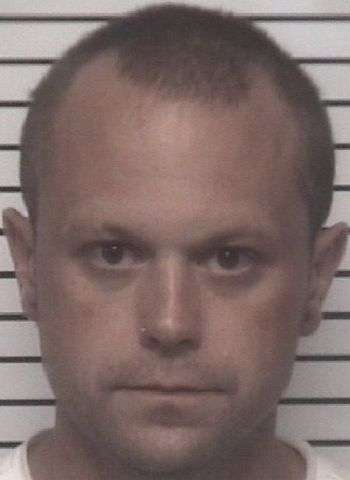 32-year-old William Paxton West was arrested by Statesville Police Officers. He’s charged with two felony counts of breaking and entering to a motor vehicle and one felony count of attempted larceny of a motor vehicle. In addition, West is charged with three counts of misdemeanor larceny, two counts of habitual larceny, larceny of chose in action, and resist, delay and obstruct an officer. West also faces charges from the Troutman Police Department and Probation and Parole.

On October 4, Statesville Police Department Criminal Investigators were attempting to find William Paxton West, in reference to the attempted larceny of a motor vehicle and break-in to a motor vehicle. Those crimes occurred on October 2 in the Dover Road area of Statesville. Investigators were also aware of numerous outstanding warrants against West from the Troutman Police Department in connection to a reported vehicle chase on October 1.

While checking the Hallmark Inn on Davie Avenue, Investigators saw West sitting in the balcony area. After seeing the officers, West fled from the balcony. Investigators searched the area and found the suspect hiding in a crawl space near the rear of the hotel. West was taken into custody without further incident.

Property stolen from the vehicle break-in was recovered from West. Investigators also identified West as the suspect in another vehicle break-in that occurred in late September in Statesville. he was placed in the Iredell County Detention Center under a $125,000 secured bond on the Statesville P.D. charges and no bond for a parole violation. District Court appearances are scheduled for October 27 and November 1.