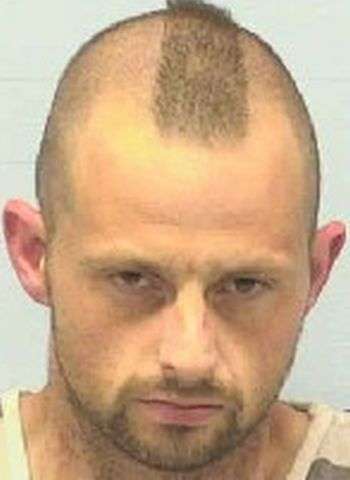 Stanley was arrested shortly before midnight Tuesday night at an address on Bethel Road in Morganton. A Public Safety Officer took custody of Stanley and charged him with one of the vehicle theft counts in connection to the larceny of a 1998 Chevy Blazer. The vehicle was taken from a convenience store at the previously mentioned address on Bethel Road. The vehicle was stolen from a female victim earlier in the evening Tuesday.

After the charge was filed in connection to the Tuesday evening vehicle theft, Stanley was turned over to the Drexel Police Department and Burke County Sheriff’s Office, who had multiple charges against the suspect in connection to another vehicle theft the previous night. Stanley was on probation as a result of a conviction in February of this year in Catawba County for felony possession of schedule II controlled substance. He received a 30 month suspended sentence following that conviction.

Stanley was incarcerated in the Burke County Jail under a total bond of $101,000 secured. He remained in jail as of earlier today (September 2). A District Court appearance is scheduled for September 22, a Superior Court date is set for November 7.