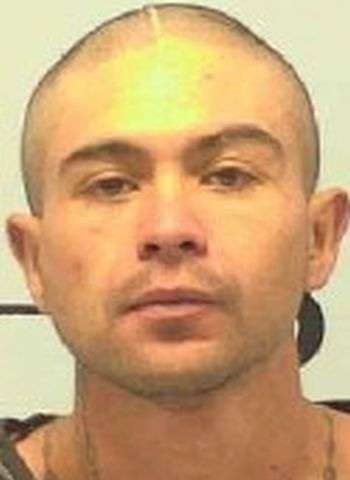 34-year-old Saul Cordoba-Rangel was arrested by authorities in Iredell County in connection to charges from Burke County. He’s charged with felony flee to elude arrest, two counts of resisting a public officer, reckless driving to endanger, failure to heed light or siren, speeding in a work zone more than 80 mph or more than 15 mph over the posted speed limit, driving while impaired, injury to personal property, possession of an open container or consuming alcohol in the passenger area, failure to wear a seat belt, injury to real property, driving left of center, failure to maintain lane control, no operators license, and failure to stop at a stop sign or flashing red light.

Cordoba-Rangel was taken into custody after allegedly leading law enforcement on a three-county high speed chase over the weekend. According to the North Carolina State Highway Patrol, early Saturday morning (April 23), a trooper tried to pull the suspect over for speeding near the 108 mile marker on Interstate 40 in Burke County eastbound. The suspect reportedly failed to stop, sending troopers on a chase that reached speeds in excess of 100 mph down I-40 eastbound through Burke, Catawba and Iredell counties.

The Iredell County Sheriff’s Office deployed stop sticks, causing the car to lose its left side tires. The chase, which covered more than 42 miles, eventually came to a stop because the vehicle became inoperable. A taser was used to take Cordoba-Rangel into custody.