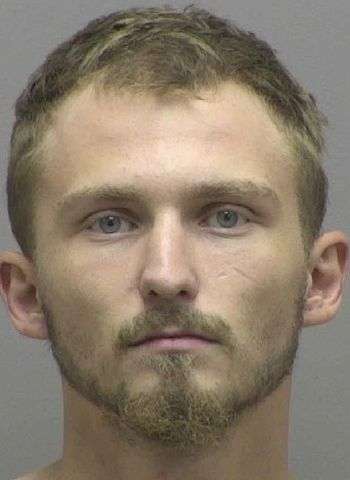 22-year-old Austin Nathaniel Hannon of Lincolnton has been charged by authorities in Lincoln County. The Lincoln County Sheriff’s Office has charged Hannon with felony counts of flee to elude arrest with a motor vehicle and assault with a deadly weapon on a government official along with a misdemeanor count of injury to personal property.

Friday (September 24) at approximately 9:30 p.m. a Lincoln County Sheriff’s Deputy had gone to a residence in the 900 block of Calloway Road after learning that a wanted man, Austin Nathaniel Hannon, was at that location. Warrants on the man were confirmed but he could not be found at that location. As deputies cleared the scene they were told that Hannon was at another location in the 2200 block of Magnolia Grove Road.

When the deputy pulled into the driveway of the residence he saw two vehicles. The officers pulled off the driveway into the yard. One of the vehicles in the drive, a pickup truck, spun around and traveled toward the patrol car striking the vehicle head-on. The truck left the property traveling Magnolia Grove Road toward Philadelphia Church Road followed by the patrol car. The deputy’s vehicle began to smoke and he aborted the chase and lost sight of the vehicle.

A second deputy picked up the chase but the truck crashed into multiple vehicles in a driveway of a residence on Magnolia Grove Road and continued on into Gaston County. Surrounding counties were notified about the chase and Gaston County officers located the vehicle and continued the chase, which eventually ended in Cleveland County. No deputies sustained injuries.

Hannon faces a number of additional charges in Gaston and Cleveland Counties. The charges in Gaston include four counts of attempted first-degree murder. He was being held in the Gaston County Jail Annex $1,106,000 secured bond. He’s scheduled to appear in District Court in Lincoln County Thursday (September 30) and in Gaston County October 14. No court dates were listed in Cleveland County.

34-year-old Shannon Denise Garcia and 59-year-old David Sean Riser, both from the same address on…