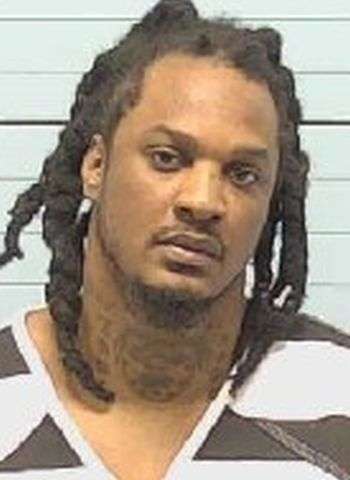 A Burke County man who is awaiting trial in a 2016 double murder case has asked the courts to fire his attorneys and allow him to represent himself in the case. 39-year old Scott Devon Hemphill is charged with two counts of murder and two counts of first-degree kidnapping in connection to the deaths of 29-year-old Spencer Jermain Murray and 35-year-old Albert Alexander Austin.

Murray and Austin were found in the trunk of a burned car in September 2016 in Morganton. Three of Hemphill’s co-defendants already have pleaded guilty in the case, including two people who pleaded guilty to second-degree murder. Brian Jerome Robinson, Icey Chennell Gooden, and Brandy Nicole Davis, all of the same address on Jamestown Road in Morganton, were also arrested by Burke County Sheriff’s Officers in connection to the deaths.

Events leading to the arrests began shortly after 8 a.m. on September 18, when Burke County Deputies were dispatched to Canoe Creek Way in Morganton in reference to a burned vehicle. Deputies found what appeared to be human remains in the vehicle. Investigators learned that the vehicle was a Cadillac Deville belonging to Albert Alexander Austin, but registered to Spencer “Jermain” Murray. The two victims were later identified.

According to our news partner WACB, Hemphill is on his third set of attorneys since being charged. A motion related to Hemphill’s request for a new lawyer was set to be heard in Burke County Superior Court last Friday (July 22), but when deputies went to pick him up Thursday (July 21) at the state prison where he’s being held, he couldn’t be released to their custody. State Prison officials say he assaulted a correctional officer the day prior to the scheduled hearing.

As of earlier today (July 27), Hemphill was listed as an inmate in Burke County, where he was being held under a total secured bond of $1,065,000.