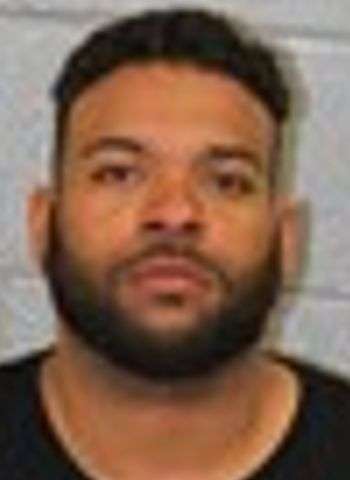 31-year-old Jabriaun Dontae Anderson of Charlotte was arrested Wednesday (April 6) by Charlotte-Mecklenburg Police Officers on charges from Lincoln County. He’s charged with felony counts of breaking & entering to a motor vehicle and attempted larceny of a motor vehicle.

On Tuesday (April 5), Lincoln County Sheriff’s Deputies were dispatched to an address on Campground Road in reference to the attempted larceny of a 2014 Ford F-250. The vehicle is the property of Adams Automotive Group. A detective was told that the business owner was alerted to the incident by their alarm system and surveillance cameras.

When the owner arrived at the business he saw a white van leaving the scene and followed the suspect vehicle while calling 9-1-1. He followed the white van into Gaston County but gave up the chase and returned to his business where deputies were already on the scene. Items left in the truck that was being broken into led to the identity of the suspect as Jabriaun Dontae Anderson.

On Wednesday, Charlotte-Mecklenburg Police stopped the same van, which was reportedly operated by Anderson, then took the suspect into custody. He was served with the Lincoln County warrants along with outstanding warrants from Mecklenburg County. He was being held in the Charlotte Mecklenburg Jail. His bond amount was not listed. A Lincoln County District Court date is scheduled for May 6.