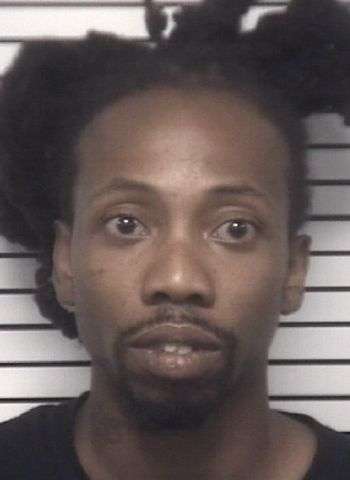 36-year-old Dominic Antwan Diggs of Garfield Street in Statesville was arrested Tuesday (July 20) by Iredell County Sheriff’s Officers. He’s charged with felony counts of possession with intent to sell or distribute schedule IV controlled substance and maintaining a dwelling or place for controlled substance along with a misdemeanor count of possession of drug paraphernalia. Another resident of the same address was arrested on misdemeanor drug charges.

On Tuesday (July 20) investigators with the Iredell County Sheriff’s Office Narcotics Unit with assistance from the Sheriff’s Office Special Emergency Response Team (SERT) executed a narcotics search warrant at an address on Garfield Street in Statesville and arrested the suspects without incident.

Narcotics investigators received information that individuals at the residence, specifically Diggs, were actively distributing narcotics from the home. Investigators began conducting surveillance operations which eventually allowed them to reportedly purchase drugs directly from Diggs while at the residence.

During a search of the home police found a small amount of marijuana along with 109 dosage units of what investigators said appeared to be Xanax, a schedule IV controlled substance, which was packaged in a manner to indicate sell and distribute. The pills will be lab tested to confirm their true identity and to make sure that they do not contain any other controlled substance.

Sheriff Campbell stated that this residence was searched on May 15, 2020. During that incident Investigators found Diggs and other individuals inside the residence and seized various types of narcotics including marijuana, crack cocaine, prescription pills and MDMA, along with a handgun and “sawed off” shotgun. These cases are still pending.

Following Tuesday’s arrest, Diggs was given a $25,000 secured bond. He is not listed as an inmate in Iredell County. A District Court appearance is scheduled for August 4.

Man Jailed In Burke County On Charge Of Theft From Vehicle