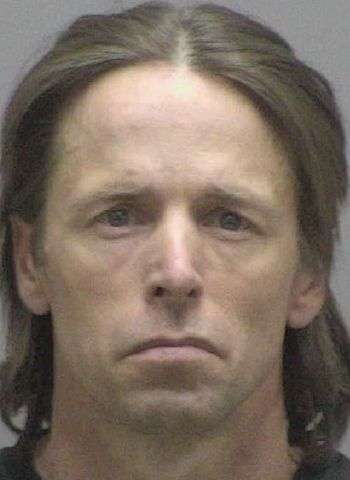 44-year-old Shawn Ely Guiles of Lincoln County was arrested Monday (March 21) by Lincoln County Sheriff’s Officers. He’s charged with felony counts of larceny of motor vehicle parts and possession of stolen goods along with a misdemeanor count of resisting a public officer.

Officers went to a residence in the 500 block of Springs East Road in Lincolnton at approximately 10 p.m. Monday. They were looking for Shawn Ely Guiles, who was wanted in connection to the theft of a catalytic converter from a vehicle at City Electric Supply. The crime occurred at the business on NC Hwy 27 East in January of 2021. Using evidence gathered at the scene, Guiles was identified as a suspect in the case.

A catalytic converter, valued at $1348, was cut off a 2012 Ford van. Deputies learned that Guiles would be at the residence on Springs East Road and went to that location to serve the warrants. He saw the officers and attempted to flee the scene but was apprehended when he ran out the back door.

Following the arrest, Guiles was placed in the Harven A. Crouse Detention Center under a $5,000 secured bond. He is not listed as an inmate in Lincoln County today (March 23). A District Court appearance was scheduled Tuesday (March 22).