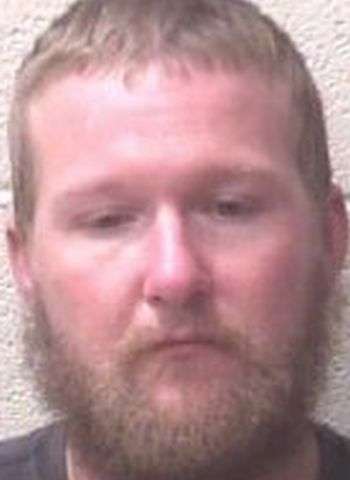 31-year-old Cody Wayne Sigmon, who has listed addresses in Connelly Springs and Claremont was arrested Sunday (July 31) by Taylorsville Police Officers. He’s charged in Catawba County with failure to appear on felony counts of possession of a stolen motor vehicle, possession of methamphetamine and failure to return a hired motor vehicle.

Sigmon was arrested following a traffic stop conducted by Taylorsville Police. Following the arrest he was placed in the Alexander County Detention Center under $7,500 secured bond. He has since been transferred to the Catawba County Detention Facility where he was being held as of earlier today (August 2) under that same bond amount. District Court appearances are scheduled Wednesday (August 3) and September 6.

[Story and photo of Sigmon courtesy of Rick Gilbert, WACB]