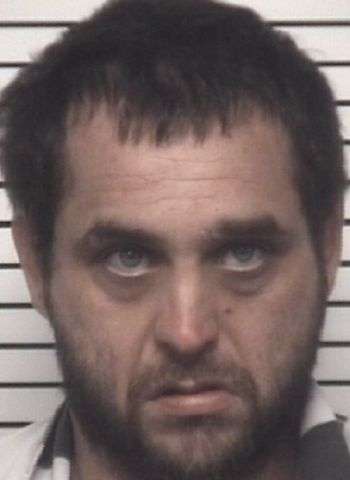 At approximately 9:00 a.m. Wednesday, Iredell County Sheriff’s Patrol Deputies responded to the area of Lippard Farm Road in western Iredell County in reference to several calls regarding a suspicious person. One of the callers said an unknown man was banging on the front door of their home. The caller went on to say the suspect had walked to a neighbor’s house and was trying to make entry into the garage.

As the deputies were circulating in the area attempting to find the suspect, another 911 call was received saying the man had broken into another home. The caller was inside the home as the suspect entered, and they were now locked in the home’s bedroom to seek safety. Deputies quickly arrived on the scene and found the suspect, Mauricio Samuel Christian, in the living room of the caller’s home. As the suspect was taken into custody, it was apparent to officers that he was under the influence.

Authorities were told that Christian had broken into four homes in the area, and had stolen items from one of the homes. Christian had also assaulted a homeowner by hitting them with the door while trying to gain entry. Christian was transported to the Iredell County Detention Center, where he was jailed under $50,000 secured bond. He remained in jail as of earlier today (November 4). A District Court date is set for November 23.