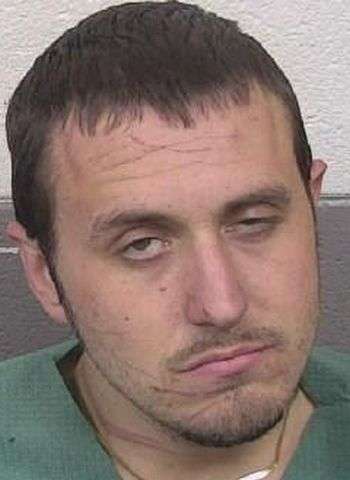 27-year-old Jordon Tomas Cornell has been arrested by Caldwell Co. Sheriff’s Officers following an officer-involved shooting early this morning (March 3). He was charged with assault with a deadly weapon on a government official.

At 1:48 a.m. today, Deputies stopped a dark gray 2003 Ford Super Duty truck at the intersection of Deerbrook Road and Rocky Road in Lenoir in relation to suspicious activity. An occupant of the vehicle fled the scene in the truck. Deputies pursued the vehicle from Rocky Road on to Husband’s Creek Road, where the vehicle stopped for a second time.

As Deputies approached, the driver produced a handgun, prompting Deputies to fire their weapons. The driver, Jordon Tomas Cornell, was shot twice and was transported by Caldwell County E.M.S. to Caldwell Memorial Hospital. Cornell was treated and released.

He was served with two outstanding orders for arrest for probation violations that were connected to an assault with a deadly weapon case dating back to December of 2019. He was also served with a warrant in connection to today’s incident.

The North Carolina State Bureau of Investigation responded to the scene to conduct an investigation into the officer-involved shooting. S.B.I. Agents recovered a handgun at the scene. Body cam footage has been turned over the S.B.I.

Cornell was jailed in the Caldwell Co. Detention Center under a $50,000 secured bond. He was scheduled to make a first appearance in District Court today in Lenoir. The suspect was also served with three outstanding orders for arrest for two probation violations and one count of interfering with an electronic monitoring device. Bond on those charges was set at $26,500.

26-year-old Amanda Jean Redmon of Yates Street in Dallas, N.C. has been arrested and charged…