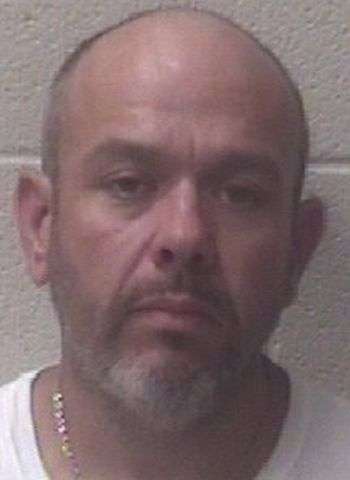 46-year old James Lee Weaver of Hiddenite was arrested Wednesday (June 8) by authorities in Alexander County. He’s charged with felony counts of trafficking heroin, methamphetamine, and fentanyl. In addition, Weaver is charged with felony counts of maintaining a vehicle, dwelling, or place for controlled substance, possession with intent to manufacture, sell, or deliver fentanyl and meth.

On Wednesday, the Alexander County Sheriff’s Office, Taylorsville Police Department, and the Department of Homeland Security Investigations Taskforce executed a search warrant on a residence in the Hiddenite community. This search stemmed from a seven month investigation into alleged narcotics trafficking in Alexander County.

The Sheriff’s Office reportedly seized a variety of narcotics from the scene, including 1,043 grams of fentanyl and 1,185 grams of meth, as well as drug paraphernalia. Weaver was placed in the Alexander County Detention Center under a $1,000,000 secured bond. A District Court appearance is scheduled next Monday (June 13) in Taylorsville.