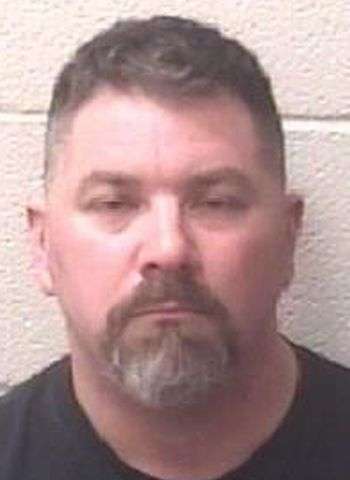 38-year-old Timothy Bryan Stafford of Bethlehem has been arrested by Alexander Co. Sheriff’s Officers on two counts of impersonating a law enforcement officer and two counts of second-degree kidnapping.

Stafford was arrested in connection to an incident at about 9:25 Tuesday night (December 29). Deputies responded to an area near Wittenburg Wildlife Access, off of Shiloh Church Road in the Bethlehem community. An individual had been approached in the parking lot at the access area by a subject who presented a badge and claimed to be a Sheriffs Deputy. Officers spoke with two individuals who said they were seated in a vehicle when a white male on foot approached the passenger side of their car with a flashlight and asked what they were doing at the access area. The subject displayed a badge and said he worked for the Sheriff’s Office. He said there had been break-ins in the area and went on to say that he was part of a stakeout operation, along with others who were watching from the woods.

The subject was wearing dark-colored clothing with a diver’s patch on the jacket and was believed to be driving a beige Ford truck with a camper shell. The reporting party believed that the individual was impersonating an officer and asked to see the man’s law enforcement I.D. A verbal altercation ensued. The reporting party then left and contacted the Alexander Co. Sheriff’s Office and asked if there was such an operation in the area. No such operation existed.

A Deputy responded to the scene to meet with the caller. The suspect had left the area prior to the Officer’s arrival. Further investigation identified the suspect as Timothy Bryan Stafford, was not — in fact — a sworn law enforcement Officer.

Stafford was arrested. He was charged with kidnapping because the individuals in the vehicle did not feel they were free to leave during the encounter. Stafford was jailed in the Alexander Co. Detention Center under a $25,000 bond. A first appearance in court was scheduled for January 4. The investigation is continuing.

Three Face Charges as One Man is Shot in Vale

28-year-old Katie Alees Lattimore of Shelby has been arrested by Lincoln Co. Sheriff's Officers and…