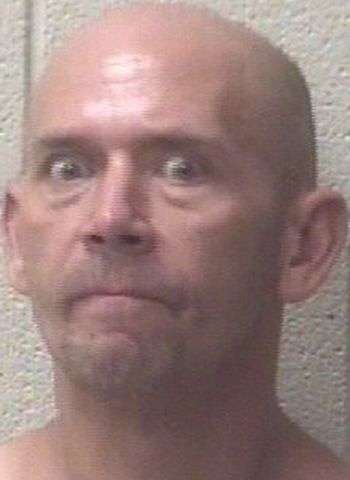 39-year-old Brandon Bowen Warren was arrested Sunday (August 14) by authorities in Alexander County. He’s charged with failure to appear on outstanding warrants from Martin County, North Carolina. He’s charged in that county with multiple counts including indecent liberties with a child and child abuse. In Alexander County, Warren is charged with vandalism, damage to personal property, and resisting arrest.

At approximately 2:00 a.m. on Sunday (August 14), the Alexander County Communications Center received a 911 hang up call from a residence on Poplar Springs Road in the northeastern section of Alexander County. Telecommunicators were unable to determine the nature of the call so officers were dispatched to the residence to check on the well being of the homes occupants.

Upon arrival the officers were met by an individual who stated that his roommate was making statements that concerned him and he felt his roommate may be suffering from a mental illness. Officers entered the residence and found that the individual had barricaded himself in his bedroom and it was unknown if he was armed or not. There was no one else in the home at the time.

Numerous attempts to communicate with the barricaded subject were unsuccessful and the officers on scene called for additional off duty personnel to respond to the scene. Further investigation revealed that the individual inside was identified as Brandon Bowen Warren from Beaufort County, N.C. Warren was found to have active warrants against him for failure to appear in Martin County.

The Alexander County Sheriffs Office Special Response Team responded to the address and Warren was taken into custody after the Team forced entry in the bedroom occupied by the suspect. Taylorsville Police and Alexander County EMS assisted at the scene. Warren was placed in the Alexander County Detention Center under $55,000 secured bond. He remained in jail as of earlier today (August 15). No court date was listed in either Alexander or Martin Counties.