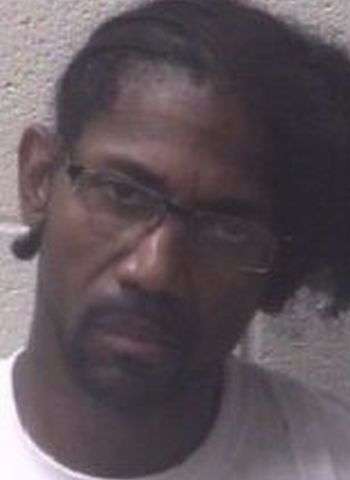 39-year-old Kelvin Anthony Dula, who is listed as a homeless person, was arrested Tuesday (May 25) by Taylorsville Police Officers. He was charged with felony identity theft along with misdemeanor counts of assault with a deadly weapon, assault on a female, larceny, interfering with emergency communication, and injury to personal property. He’s also charged in Caldwell County with failure to appear on a count of larceny.

Officers responded to Taylorsville Motel on East Main Avenue when they received a report of an assault. Dula allegedly attacked a woman. According to reports, he allegedly used brass knuckles during the assault.

Dula has reportedly been charged with more than 100 offenses in recent years. In April of this year he was arrested by Taylorsville Police on counts of assault on a female, misdemeanor larceny, and injury to real property. Recent arrests also include one in December of 2019 reported on WHKY when he was charged with assault on a female, communicating threats, felony larceny and obtaining property by false pretense, among other counts.