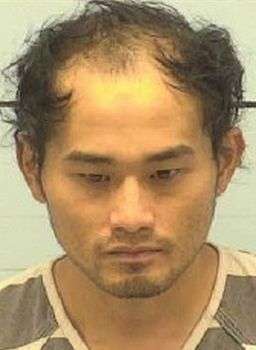 Friday at 3:38 a.m., Public Safety Officers responded to the Speedway convenience store at 900 West Union Street in Morganton for an alarm activation. The security company reported a male intruder was in the store and moving about the office area.

Officers arrived to find the store locked and spotted the intruder entering the office area and then closing the door. After the manager of the store arrived, Officers entered and found the intruder had climbed into the ceiling to conceal his location.

Officers found the intruder in the ceiling above the office area and took him into custody. The man was identified as Johny Lee. He was found to have cigarettes, lottery tickets, keys, and a variety of gift cards in his pockets. All of the items were the property of the store.

Lee was placed in the Burke County Jail under a $10,000 secured bond. He remained in jail as of earlier today (October 5) He has a District Court appearance October 30.