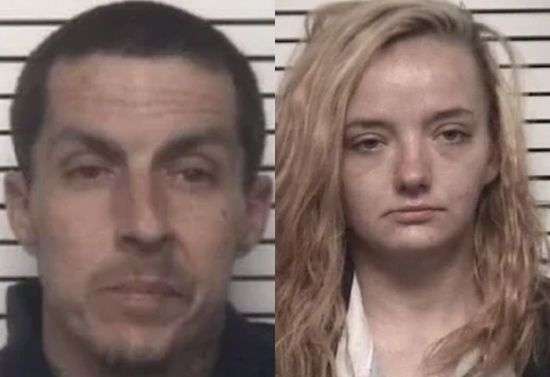 35-year-old Steven Floyd Fish of Mooresville and 26-year-old Katelynn Paige Woolledge of Troutman were arrested by Iredell County Sheriff’s Officers. They’re each charged with felony counts of safecracking, larceny and larceny of a firearm. Woolledge is also charged with a felony count of possession of a controlled substance on prison or jail premises.

The charges are in connection to a breaking and entering report that was filed on December 18 by a Troutman-area homeowner. The man returned from a trip to discover that there had been a break-in at his residence. The victim said a safe containing several valuables had been stolen during the crime.

Fish is currently on probation for felony attempted larceny of a motor vehicle, has a history including felony possession of stolen goods or property felony obtaining property by false pretense, felony possession of methamphetamine, felony breaking and entering, felony larceny and the attempted larceny offense as well as misdemeanor counts of assault on a female, harassing phone calls, driving while license is revoked, failure to work after being paid and larceny.

Woolledge is also currently on probation for felony sell Schedule II controlled substance. Her history also includes misdemeanor counts of resisting a public officer, shoplifting/concealment of goods, larceny and second-degree trespass. Warrants were obtained on both suspects on December 19. Woolledge was arrested on December 21 and Fish was arrested the following day.

Bond was set at $220,000 for Fish and $30,000 for Woolledge. Neither suspect is listed as an inmate in Iredell County. Both suspects are scheduled to appear in District Court January 18. Woolledge has an additional District Court date January 11.