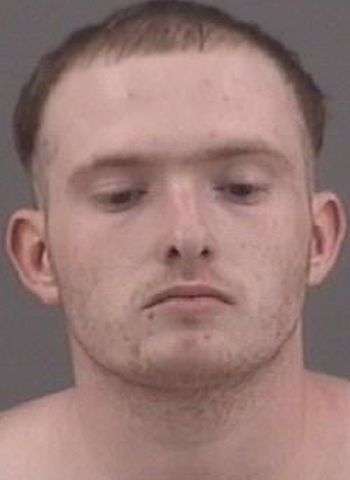 19-year-old Christopher Chase Hubbard of Union Street in Maiden was arrested Friday (July 9) by Newton Police Officers. He’s charged with felony counts of assault with a deadly weapon with intent to kill and possession of methamphetamine. He’s also charged with discharge a firearm in the city limits and injury to personal property.

Friday, just after 1 p.m., Newton Police Officers responded to a report of shots being fired at a person in a parking lot at 115 West C Street. Upon arriving on the scene, officers spoke to the victim, a 26-year-old Newton man, who said that the suspect, who is known to him, shot at him after they had a verbal dispute about a mutually known female.

The victim said that the suspect left the area after the shooting in an unknown direction. There were no reported injuries during this incident, but there was a vehicle damaged by the gunfire. Investigation revealed the suspect’s name to be Christopher Chase Hubbard. Officers learned after contacting Maiden Police that Hubbard lived in that town.

Maiden officers found Hubbard and reportedly seized a handgun and methamphetamine which were in his possession. He was turned over to the Newton Police Department and later jailed in the Catawba County Detention Facility under $23,500 bond. A District Court appearance was scheduled Monday (July 12).

Anyone with information about this case is asked to contact Sergeant E. Hoke with the Newton Police Department at ehoke@newtonnc.gov or by phone at 828-465-7430.

Newton Woman Charged With Having Drugs At Jail