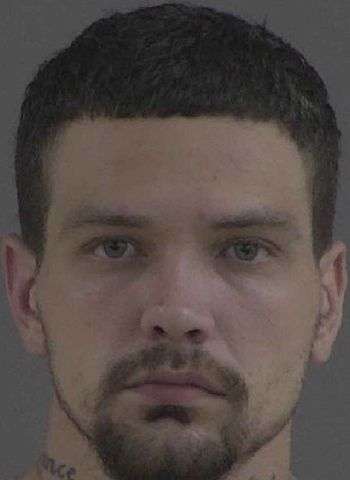 On Wednesday, while patrolling in eastern Lincoln County, a Lincoln County Sheriff’s Deputy spotted a vehicle matching the description of a vehicle stolen from Catawba County earlier in the day. The vehicle was found at the Murphy’s Express on Highway 73 and as he was driving into the business the suspect pulled to the traffic light at Highway 73. The Deputy confirmed that the vehicle was the one stolen from Catawba County. The officer conducted a traffic stop in the 7500 block of Highway 73 where the driver and a passenger exited the vehicle.

The officer detained the two men as back-up began arriving on the scene. The driver, Barry Lee McMahan, was searched and a knife, several round of .380 ammunition, suspected narcotics and a billfold belonging to another individual were removed from his clothing. A Lorcin .380 semi-automatic handgun with ammunition in the chamber and magazine was located under the driver’s seat. The passenger in the vehicle was not involved in the incident and was released.

The suspect was interviewed by a Catawba County deputy and the vehicle was turned over to the owner. McMahan was placed in the Harven A. Crouse Detention Center under a $172,000 secured bond. A District Court date was scheduled today (June 25).

Hickory Man Charged With Break-in With Intent To Terrorize