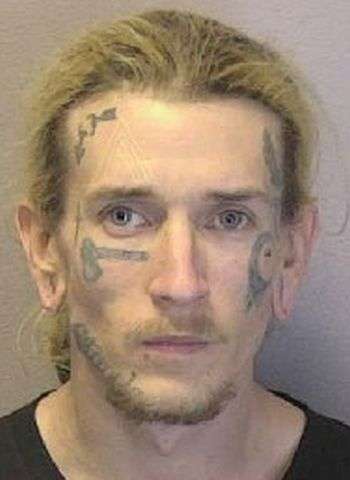 29-year-old Steven Tyler Philbeck of High Shoals Road in Lincolnton was arrested by Hickory Police at 4:35 Monday afternoon (May 17) for felony failure to appear. He reportedly failed to appear in court for a felony out-of-county probation violation, shoplifting with concealment of goods, possession of a stolen motor vehicle, and two counts of possession of methamphetamine. He was also charged with possession of a weapon of mass destruction, possession of a firearm by a felon, trafficking in meth, and maintaining a vehicle, dwelling, or place for a controlled substance.

Philbeck was taken into custody without incident at a hotel on Hotel Drive S.W. in Hickory. He was jailed in the Catawba County Detention Facility with bond set at $450,000, secured. An appearance in Superior Court on the failure to appear charges was scheduled for June 21 in Newton. Philbeck was also scheduled to appear in District Court on the other charges on June 7.

Man On Burke Most Wanted List Arrested By Hickory Police

A man wanted in Burke County has been arrested by authorities in Catawba County. 42-year-old…