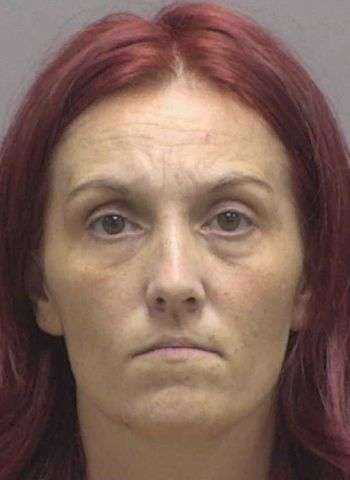 35-year-old Erica Lynn Caraluzzo of North Cedar Street in Lincolnton was arrested Wednesday (October 13) by Lincoln County Sheriff’s Officers. She’s charged with two counts of trafficking methamphetamine, possession with intent to sell and deliver meth, percocet, hydrocodone, clonazepam, marijuana, and LSD, possession of heroin, maintaining a dwelling for a controlled substance and possession of drug paraphernalia. With the exception of the paraphernalia count, the charges are felonies.

On Wednesday, following a lengthy narcotics investigation into the alleged sale of illegal drugs from a residence on North Cedar Street in Lincolnton, narcotics investigators secured a search warrant for the residence. At 8:00 a.m. Wednesday the Lincoln County Sheriff’s Office SWAT team and narcotics officers searched the home.

The suspect, Caraluzzo was arrested a short time later at another residence in Lincolnton. She was taken before a Lincoln County magistrate and ordered held in the Harven A. Crouse Detention Center under a $190,000 secured bond. She remained in jail as of earlier today (October 15). A District Court date is set for November 4.

Firefighters from Catawba County responded to a fire early Monday morning (November 29) that, according…