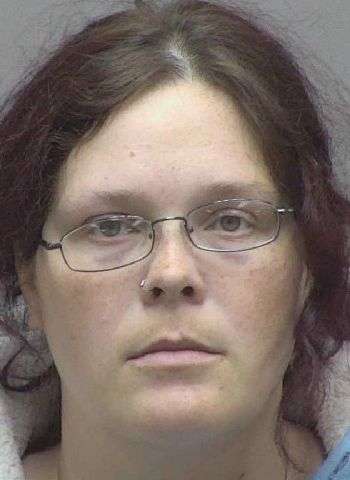 27-year-old Jessica Ann Shull of Pine Street in Lincolnton has been arrested by Lincoln County Sheriff’s Officers on felony counts of obtaining property by false pretenses and financial identity theft.

On March 18, a male victim filed a report stating that his cell phone was stolen from a grocery cart as he shopped at a Food Lion store. The victim told Detectives he was contacted by Jessica Shull on March 14. Shull said she had the victim’s phone and wanted to return it. He went to Shull’s address in Lincolnton and picked up the phone.

A short time later, when the victim attempted to make a purchase with his bankcard, the card was declined because of insufficient funds. A check of his bank statements revealed that Shull had made purchases of more than $2,000.

After confirming the charges, Detectives arrested Shull yesterday (March 31). The suspect was placed in the Harven A. Crouse Detention Center under a $12,500 secured bond. She was scheduled to make a first appearance in District Court today.