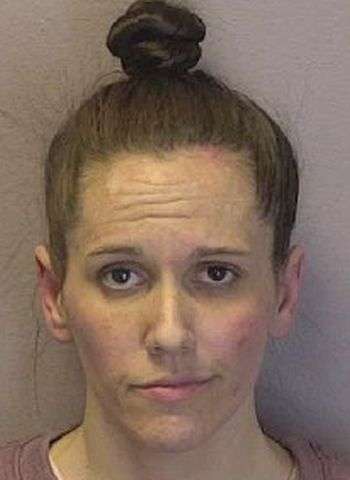 She was arrested as the result of an H.P.D. investigation regarding an offender who took items beyond the last point of sale at the Walmart store on Highway 70 S.E. in Hickory. In the course of the investigation, Officers reportedly found 0.9 grams of meth and one dosage unit of dextroamphetamine.

Bond was taken into custody without incident at Walmart and placed in the Catawba Co. Detention Facility with bond set at $5,000, secured. Bond remained in jail as of this afternoon (January 11). A first appearance in District Court was scheduled last Friday (January 8) in Newton. Bond’s next court date is coming up on February 1.