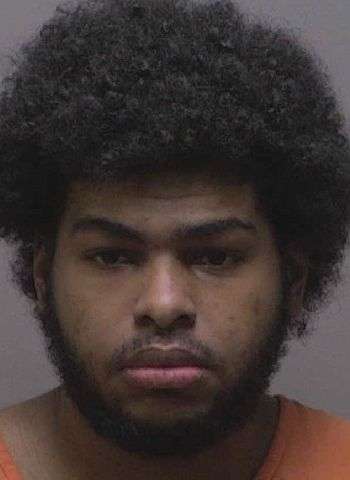 A Lincoln County man was sentenced to a minimum of 16 years in prison after he entered a guilty plea in connection to his father’s death. The plea was entered in Lincoln County Superior Court last week.

24-year-old Nicholas Benjamin Lynch of Tomes Road in Lincolnton received a sentence of a minimum 192 months or 16 years to a maximum of 243 months or 20 years, three months. Lynch pleaded guilty to second-degree murder in connection to the stabbing death of his father, 59-year-old Oswald Byron Lynch, also of Tomes Road in Lincolnton. The incident occurred on February 1, 2018.

According to the Lincoln County Sheriff’s Office, Lynch was stabbed multiple times on that date by his own son. The stabbing occurred during a dispute at their home on Tomes Road, which is just off of Buffalo Shoals Road.

Deputies arrived at the house and found the father lying outside in the front doorway. The Sheriff said the victim had been stabbed in the upper body and head. He was taken to Carolinas Healthcare System-Lincoln, where he later died. Oswald Lynch was said to have been a respected employee at that same hospital. The son was also injured, but was treated at the scene

Lynch has been transferred from the Harven A. Crouse Detention Center to the North Carolina prison system to begin serving his sentence.

Troopers with the North Carolina State Highway Patrol responded to a serious collision on N.C.…