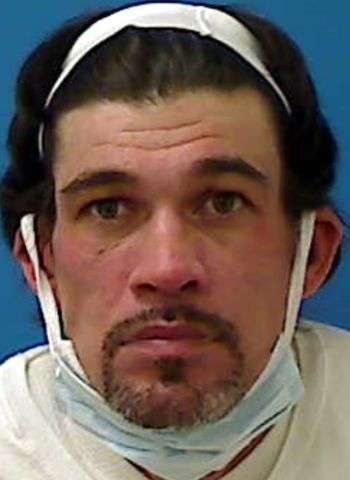 43-year-old Bradley Shultz of Lincolnton was given an active prison sentence of six to eight years following his conviction for possession with intent to manufacture, sell and deliver methamphetamine, and admission of habitual felon status during Catawba County Superior Court.

The Honorable Nathaniel J. Poovey, Superior Court Judge from Catawba County, imposed the prison term for Shultz after he pleaded guilty to the offense on Monday (November 2).

The defendant’s prison sentence length was enhanced by his status as a habitual felon stemming from prior convictions for possession of cocaine (July 2016), possession with intent to sell or deliver marijuana (April 1999) and possession of a Schedule I controlled substance (February 1996), all in Lincoln County.

The offense occurred in October 2018 when the Hickory Police Department was contacted about controlled substances found during a probation search. The owner of the residence gave consent to search, and three bags belonging to the defendant were found.

Shultz claimed ownership of two bags, but his wallet and driver’s license were found inside the bag he did not claim. Inside that same bag, officers found digital scales, a methamphetamine pipe, clear plastic bags and a bag containing a white crystalline substance.

An analysis of the substance by the North Carolina State Crime Lab confirmed that it was methamphetamine. Josh Hight investigated the case for Hickory Police Department. Assistant District Attorney Jessica Phillips handled prosecution for the State.

A coronavirus-associated death has been reported in Catawba County today (October 27). It's the 64th…