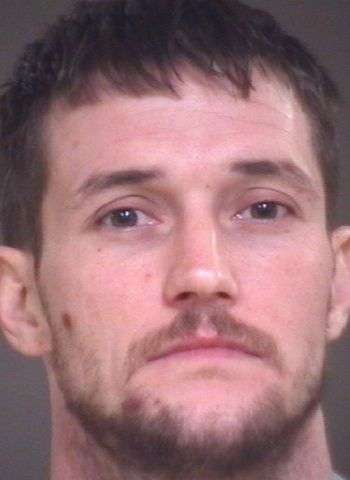 34-year-old Zakari David Glode of Car Farm Road in Lincolnton was arrested by Lincoln County Sheriff’s Officers early this morning (September 13) for resisting a public officer, injury to real property, and second-degree trespassing. He was also served with an outstanding warrant for communicating threats.

Around 2:30 a.m. today, Deputies were looking for Glode to serve a warrant for his arrest. Deputies were told that Glode was driving a black 2013 Toyota Camry. They spotted the vehicle in the parking lot at the Denver Mart on Highway 16 Business in Denver.

When Deputies pulled into the parking lot, the driver entered the convenience store. Officers went inside and learned that the man had gone into the restroom. After about 20 minutes, Deputies made contact with the man, who said he was having issues and would not come out. Officers and the clerk attempted to make further contact, but got no response. At the request of the clerk, Officers used a key to enter the restroom to check on the man’s welfare. No one was inside.

Officers then saw that a ceiling tile had been damaged. They ordered the suspect to respond or come down from the ceiling. Several ceiling tiles were removed, but the man remained in the ceiling area.

Additional warrants were issued for Glode’s arrest. After about three hours, vapor was deployed and the suspect came down from the ceiling; however, he remained combative toward Officers and was tased. Glode remained in jail in Lincoln County as of this afternoon. No bond amount or court dates are currently listed.

The N.C. Department of Transportation is suspending most road construction projects over July Fourth weekend…