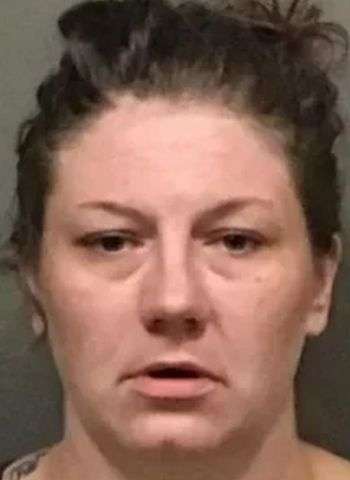 A Caldwell County woman will serve 10-13 years in prison after pleading guilty in connection to a fatal shooting in the Ferguson Community of Wilkes County. 36-year-old
Chasity Starr Davis of Lenoir was sentenced in Wilkes County Superior Court last week after she pleaded guilty to second-degree murder without regard for human life. Davis also pleaded guilty to felony larceny of a motor vehicle

Davis was arrested by the Wilkes County Sheriff’s Office on October 29, 2021 after deputies found 54-year-old Thomas Leslie Ferguson fatally shot in a mobile home off Highway 268 earlier that day. She stole Ferguson’s Chrysler PT Cruiser from outside the residence where he was found deceased.

Davis was arrested later that morning when she was walking along Highway 268 near where deputies found Ferguson’s vehicle. Davis admitted to investigators that she was high on methamphetamine at the time of the killing. She was initially charged with first-degree murder.

55-year old William Hayes Coffey of Lenoir was also arrested in the case and charged with felony accessory after the fact of murder. Coffey is still awaiting trial.

[Some information for this story and photo courtesy of Rick Gilbert, WACB]