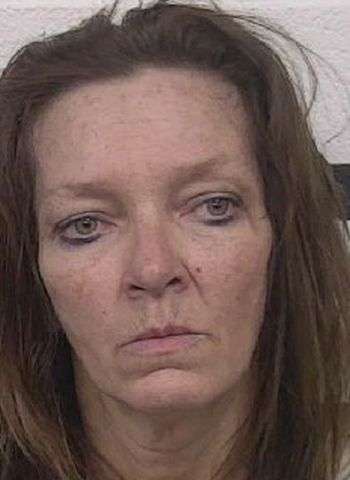 50-year-old Amy Brown Thomas of Zacks Fork Road in Lenoir was arrested by Lenoir Police Friday (March 12) for felony possession of methamphetamine. She was also charged with failure to appear and with one misdemeanor count of simple possession of a schedule VI controlled substance.

Following her arrest, Brown was taken to the Caldwell Co. Detention Center under a $13,000 secured bond. She was scheduled to make a first appearance in District Court today (March 15) in Lenoir on the meth and schedule VI drug charges. She also has a Superior Court date scheduled today on another felony meth charge and one misdemeanor count of carrying a concealed gun.