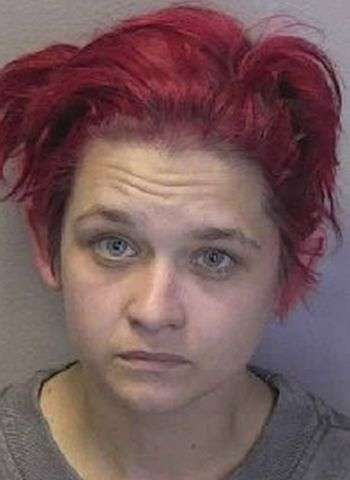 27-year-old Ryan Marie Smith of Wendwood Drive in Lenoir was arrested by Hickory Police just after nine o’clock Sunday evening (April 3) on an outstanding felony warrant from Caldwell County. She was wanted on felony counts of larceny of a motor vehicle, breaking & entering a motor vehicle, and possession of a stolen motor vehicle.

Smith was taken into custody without incident at a used car business on Highway 321 N.W. in Hickory. She was processed at the Hickory Police Department and later released under a $40,000 unsecured bond. Smith will appear in Superior Court on April 11 in Lenoir. She also has District Court dates coming up on May 24 & 26 in Newton on a felony heroin charge and on several misdemeanor drug and shoplifting charges.