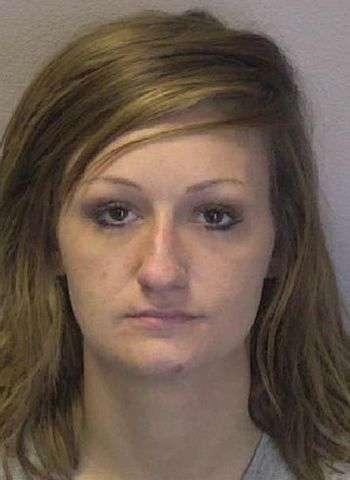 26-year-old Charity Ann Whisnant of Hibriten Drive S.W. in Lenoir was arrested by Hickory Police shortly before 11 p.m. last Thursday (September 9). She was charged with misdemeanor larceny and was also served with outstanding felony and misdemeanor warrants. The warrants, which were issued in Caldwell County on August 19 & 30 of this year, were for a felony probation violation and for misdemeanor counts of larceny of property and possession of stolen goods. Whisnant is on probation as she serves a 24-month suspended sentence following a July 2021 conviction in Lincoln County on felony counts of breaking & entering and receiving a stolen vehicle, along with a misdemeanor count of assault on an officer or state employee.

Whisnant was taken into custody without incident Thursday at a hotel on Lenoir-Rhyne Boulevard S.E. in Hickory. She was placed in the Catawba County Detention Facility with bond set at $15,500, secured. She remained in jail as of today. Whisnant has a District court appearance coming up on September 27 in Newton. She will also appear in District Court on October 6 and in Superior Court on October 11, both in Lenoir.

33-year-old Amy Lee Edwards, who is listed as a homeless person from Hickory, was arrested…