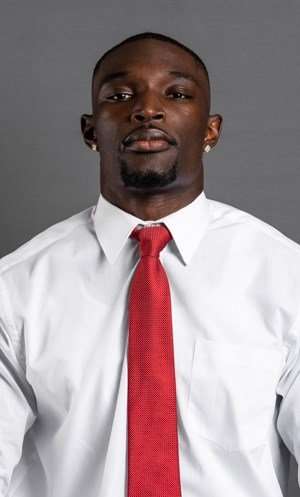 For the second time in three years, Lenoir-Rhyne boasts an NFL draft pick as WR Dareke Young was selected by the Seattle Seahawks in the seventh round of the 2022 NFL Draft. Young joins LR teammate Kyle Dugger who was taken in the second round by the New England Patriots in the 2020 draft and makes Lenoir-Rhyne the only Division II program to produce two draft picks in the past three years.

Young (Raleigh, N.C.) has been a playmaker since stepping foot on campus in 2017. In 43 career games, Young had 24 career touchdowns. Young tied a program record with three receiving touchdowns against Mars Hill in the fall and has caught 16 TD passes to go with eight rushing touchdowns. Young’s 24 TDs came on just 161 touches.

Young was named Second Team All-South Atlantic Conference despite playing just five games due to injury. In those five games, Young finished the year with 25 catches for 303 yards and four touchdowns. For his career, Young hauled in 73 balls for 1,176 yards and added 658 yards rushing on 88 attempts (7.5 yards/carry).

Young becomes the 10th NFL draft pick in the history of Lenoir-Rhyne.