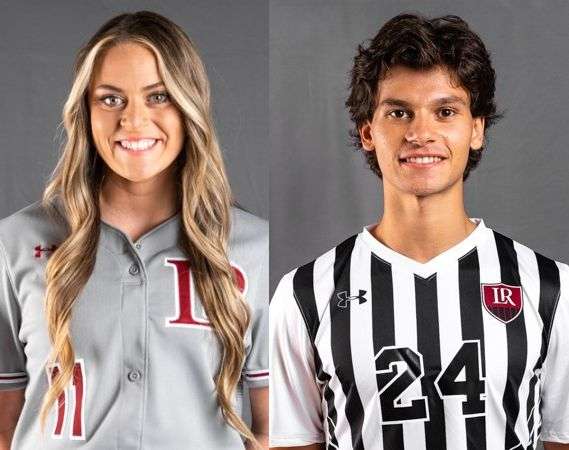 During her first year as a Bear, she appeared in 55 games totaling 44 runs and 28 RBI’s while also winning the SAC Regular Season Championship Title. Moorefield’s sophomore and junior years were nothing short of amazing as she started and played in all games and totaled nine home runs, 41 RBI’s and 82 runs scored between the two years. She continued to build on her ever-successful career by playing in all games her senior and graduate year while also breaking the school record for game hitting streak with 22 and earning All-SAC First Team in both seasons.

Moorefield was dedicated not only to her academics and schooling but to serving her community as well. In all five years she served the Gathering House of Ministries, participated in Operation Christmas Child Box and Community service events on and off campus. She was also selected to join the Bears Leadership Academy for athletes who show leadership qualities and obtain leadership roles on their sports team.

Coley, a recent graduate, was a member of the women’s basketball program for four years and graduated with a 4.0 Cumulative GPA while majoring in Physical Education with a concentration in Exercise Science and Minor in Psychology. Coley made Coker’s President’s list all four years, earned the 2020-21 D2 ADA Academic Achievement Award, was a finalist for SAC Student-Athlete of the Year in 2019 and 2020 and made the SAC Commissioner’s Honor Roll each of her four years.
On the court, she appeared in at least 10 or more games in all of her four seasons. Most notably in her junior season she started all 20 games averaging 29.3 minutes per game, 9.9 points, 4.8 rebounds, 1.5 assists, 0.6 steals and 0.2 blocks per game. In her senior season she played in 25 games averaging 13.9 minutes per game, 3.2 points, 1.9 rebounds and 0.4 assists per game.

A native of Raleigh, N.C., Coley, was active on and off of the court in the Coker community. She volunteered at Coker Enactus where she served as a project leader of the Women’s Empowerment Project which specifically led to the promotion of female-owned businesses, highlighting, sponsoring and sponsoring one local business in particular during the heat of the COVID-19 pandemic. She was also involved in the Student-Athletes Advisory Committee, Coker Emerging Leaders, Hartsville Soup Kitchen, Coker Writer’s Studio and many other extracurricular activities. Since graduating Coley will start PT school at Elon University in January of 2023 to continue her research and work of ensuring the next generation of athletes remain healthy.
Montoliu Lobo, a graduate from Valencia, Spain finished school with a 3.91 GPA while majoring in Engineering Physics and Computer Science. He has made an appearance on the university’s Presidents List three times for having a 3.9 GPA or higher and no B’s. He also earned the CoSIDA Academic All-District Award in 2021 as well as the SAC Men’s Soccer Elite 20 Award and the SAC Scholar-Athlete of the Year Award.

On the field, Lobo is a three-time All-SAC selection as a midfielder, including earning first team honors in 2021. He had three goals and two assists during the 2021 season, scoring the game-winner against Florida Tech and he helped lead the Bears to a No. 8 national ranking during the season. He was named SAC Freshman of the Year in 2018 for his outstanding skills on the field.
Montoliu Lobo was very active off the field as well, serving as a member of the Lenoir-Rhyne Student-Athlete Advisory Committee and he is part of the Bears Leadership Academy. The two-time team captain also volunteered over the summer months with the Asociacion Periferia, a Spanish association that helps children at risk of social exclusion.

Moorefield and Coley will move forward as the Conference’s nominees for the NCAA Woman of the Year Award.

Established in 1991, the NCAA Woman of the Year award is rooted in Title IX and recognizes graduating female college athletes who have exhausted their NCAA eligibility and distinguished themselves in academics, athletics, service and leadership throughout their collegiate careers.