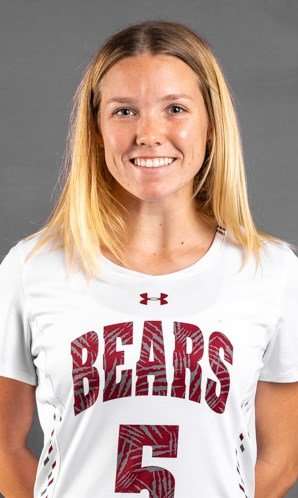 Cassie Lafler earned all-conference this season, for the fourth time in her career.
photo courtesy of Lenoir-Rhyne Athletics

The South Atlantic Conference announced its AstroTurf Women’s Lacrosse Players of the Week for games played in the twelfth week of the 2022 season and Lenoir-Rhyne’s Cassie Lafler received the defensive honor.

This is Lafler’s first Defensive Player of the Week honor of the season.

After opening last weekend with the program's first-ever win against Louisiana, the App State softball…

Lenoir-Rhyne's Megan Robb has been named a Second-Team All-Conference performer in women's golf, the South…