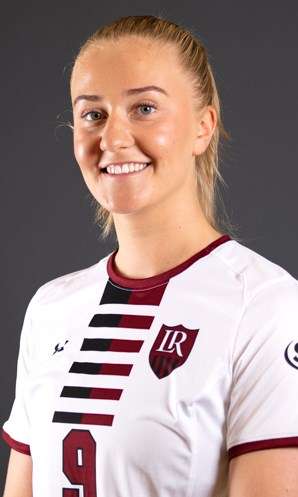 The South Atlantic Conference announced its Women’s Soccer Players of the Week for matches played during the seventh week of the 2022 season and the Bears Elin Hansson was selected as the offensive player of the week as the forward from Halmstad, Sweden scored two goals and added three assists in the Bears two wins last week.

The freshman got off to a fast start this past week scoring the first goal in the Bears 7-0 win against Emory & Henry last Wednesday. Hansson than assisted on back to back goals later in the first half to help the Bears cruise to victory. On Saturday, Hansson opened the scoring again with her 7th goal of the season against Carson-Newman just seven minutes into the match. Hansson than added her third assist of the week on the game-winning goal from Kate Casey to help the Bears claim a 2-1 win and move the Bears into first place in the SAC.