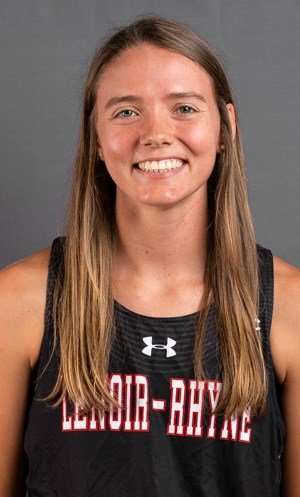 On top of earning Academic All-American status, Dahlberg was named the South Atlantic Conference’s Scholar-Athlete of the Year in Women’s Track and Field for the second straight year and helped Lenoir-Rhyne to an Outdoor Track and Field Championship, the second in four years.

Dahlberg owns a 3.98 GPA in Biology and is a four-time member of the President’s List at Lenoir-Rhyne. Dahlberg earned All-Region in Cross Country and Track and Field this year and was a Second Team All-Conference performer in Cross Country. Dahlberg broke the school record in the DMR and has been named Conference Athlete of the Week three times in her career.