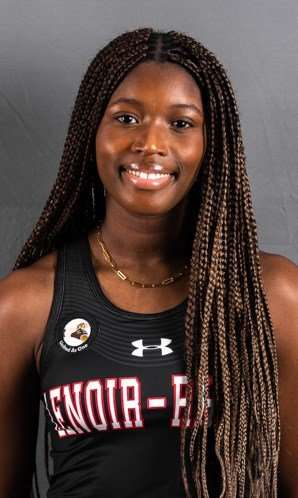 For the second time in program history, the Lenoir-Rhyne Women’s Outdoor Track and Field Team captured a South Atlantic Conference Championship. The Bears, who also took home the 2019 title, beat Queens by 11 points and dominated the rest of the field while dodging incoming bad weather to earn the 2022 SAC Championship.

In 20 scored events, LR finished with 174.5 points and edged out Queens who had 163.5. The Bears and Royals put plenty of distance between themselves and the rest of the field as third-place Wingate had 97 points and fourth-place Anderson had 60. Catawba (54), Limestone (50), Newberry (48) and Coker (47) rounded out the top eight in the conference.

Lacey Triplett grabbed a silver medal in the javelin throw with a toss of 38.65 meters. The Bears had two of the top four finishers in the long jump, with Melody Jones (5.63 meters) winning the silver, and Kennedy Conner (5.48 meters) taking 4th.

Melody Jones (11.91s) and Emmanuella Kone (12.03s) took home second and third place finishes in th 100m dash, giving the Bears 14 points and Jordan Shealey finished fifth to add four more points in that event. Jones (14.31s) added a third-place finish in the 100m hurdles, one spot ahead of Conner (15.06s) to give LR 11 points in that event.