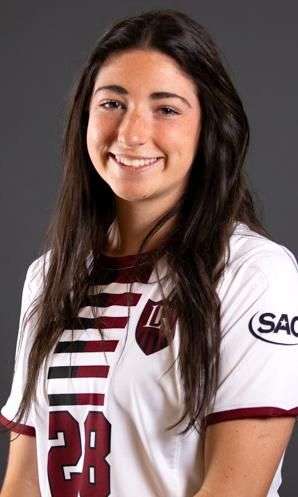 The Bears held Newberry without a shot in the first half. LR’s best chance of the half came late as Elin Hansson nearly snuck one past the keeper but a Wolves defender made a sliding save, clearing the ball. The half would end 0-0 with LR holding a 7-0 advantage in shots.

The game remained scoreless until the 70th minute when Stephanie Figueiredo found Nicole Auger who deposited it in the back of the net for the game-winner. The goal was Auger’s second goal of the year and first since Sept. 28. LR held a 23-4 edge in shots while Newberry took a 3-2 advantage in corner kicks. S.A. Phillips made one stop to earn the clean sheet and her 10th win of the year.

The Wolves have yet to beat Lenoir-Rhyne in the SAC Tournament. Newberry is now 0-6 all-time against the Bears in the tournament. LR also moves to 18-1-1 all-time at home in SAC Tournament including winning the last 15 games.

Lenoir-Rhyne is 10-2-3 on the season. The Bears will head to American Legion Memorial Stadium in Charlotte on Friday to face No. 5 Limestone. Kick-off is schedule for 5pm.